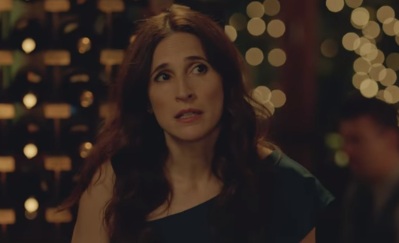 Hulu has released the official trailer for its comedy series Casual, returning May 23rd with its third season.
The TV show, created by Zander Lehmann and directed by Jason Reitman, revolves around two grown-up siblings,
Alex (Tommy Dewey), a bachelor brother, co-founder of a popular dating site, and his sister, Valerie (Michaela Watkins), a shrink divorcing her husband and raising their teenage daughter, Laura (Tara Lynne Barr), by herself.

The two siblings start living under the same roof again and coach each other through the crazy world of dating, while raising Laura.

The upcoming season, consisting of 13-episodes, sees Valerie, who’s decided to move out of Alex’s house at the end of season 2, facing new challenges. The trailer reveals that she’ll be dating a younger man (played by Chace Crawford), who says what he thinks about her during a sort of personal development workshop: “She looks like she’s having a midlife crisis, but she’s dressed like she’s having a quarter life crisis”. Alex, who seeks professional help for therapy, keeps trying to look for love, dating several gorgeous girls (among them there is also one played by Pretty Little Liars star Shay Mitchell).

The song used in the trailer is “Come and Be Alone With Me” by Australian four-piece band The Jungle Giants, from their 2013 album “Learn to Exist”.