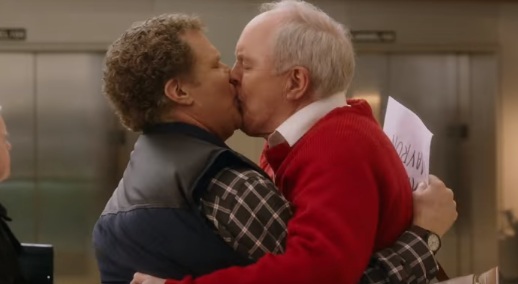 A first trailer for Daddy’s Home 2 has been released, revealing that Mel Gibson and John Lithgow are playing the fathers to Mark Wahlberg and Will Ferrell’s characters.

The upcoming comedy film, a sequel to the 2015 Daddy’s Home, is directed by Sean Anders, who co-wrote the script
with John Morris, and follows Brad (Will Ferrell), Sarah’s husband, and Dusty (Wahlberg), Sarah’s ex-husband,
as they deal with their intrusive fathers during the Christmas holiday.

The trailer features Brad and Dusty meeting their fathers at the airport and starting all kind of discussions, given the differences between them. Dusty’s father, played by Mel Gibson, whose appearance is marked with AC/DC’s hit song “Thunderstruck”, is an ultra-macho man who asks his son “You’re letting this guy raise your kids half the time?” referring to Brad, who’s kissing his father on the lips after not seeing each other for two weeks.

When Dusty shares with Brad his worries that his dad will ruin the family’s Christmas, Brad tries to give him a motivational reply, telling him that the only person that can ruin his Christmas is himself, but he does that referring to “the person looking back at you from that mirror”, which translates in his Christmas being ruined by none other than Brad because he is the one looking back at Dusty from the mirror from any angle.

The film, starring also Linda Cardellini, John Cena, and Alessandra Ambrosio, is set to be released in theaters this fall, on November 10.