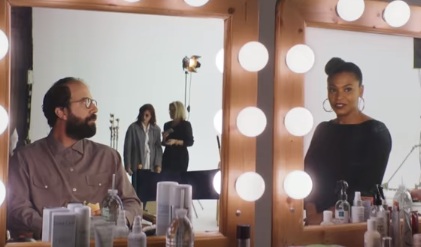 The trailer for the upcoming comedy drama film Lemon, due out this summer, has been released.

The trailer features the protagonist auditioning for a job as an actor and getting it, then, after the break-up, forming a relationship with a Jamaican-American woman from work. A scene revealing an afternoon backyard gathering with her family and friends shows Isaac telling them that he has been robbed by a gang and then specifying that “it was a Latino gang, not a black gang”, because “a lot of people still think black when you say gang”. In another scene, at the same outdoor party, Isaac asks an old lady in a wheelchair “Can I get you something, bitch?”, making everyone turn their heads toward him.

Lemon debuted at this year’s Sundance Film Festival and is set to be released in theaters, iTunes, On Demand, and Amazon Video on August 18th.