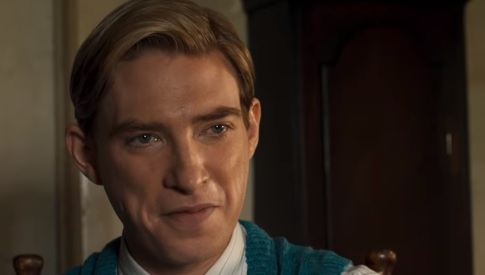 The trailer for the upcoming film Goodbye Christopher Robin, directed by Simon Curtis, has been released.

The film chronicles the life of author A.A. Milne (played by Domhnall Gleeson) and the creation of the Winnie the Pooh stories inspired by his son, Christopher Robin Milne (played by Will Tilston).

The trailer reveals how A. A. Milne found inspiration in his son’s toys to create the magical world of Winnie the Pooh, which brought to them international success as the enchanting tales were bringing hope and comfort to people after the First World War. “I’d really like if you wrote a book for me. I’d definitely read it.” – Christopher Robin Milne tells his dad in one of the scenes. The latter, who’s coping with post-traumatic stress following his return from World War I, pens a book for the kid, including, besides, Winnie the Pooh, his friends and the Hundred Acre Woods. The trailer also shows how the young boy is forced to deal with fame and success, standing in front of cheering crowds, participating at photo shoots and receiving tons of letters from fans, to whom he must reply.

Goodbye Christopher Robin is scheduled to be released this fall, on October 13.