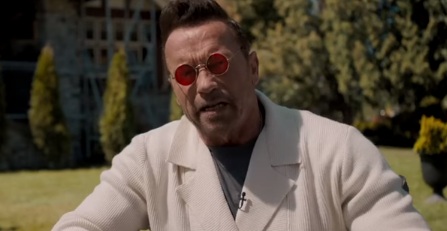 “To be the best you have to kill the best.” – this is the message conveyed in the trailer for the upcoming action comedy film Killing Gunther, starring Arnold Schwarzenegger.

Schwarzenegger plays Gunther, the world’s greatest hit-man, who becomes the target of a group of eccentric assassins determined to kill him. Their plan, however, turns into a series of bungled encounters as Gunther seems to always be one step ahead.

“You wanna be king, you have to kill the king.” – a male voice says in the trailer, that also features, besides Schwarzenegger, Bobby Moynihan as Donald Piznowski, aka “Donnie”, an explosives expert, Hannah Simone as Sanaa Fairouza, aka “Little Nightmare”, a sniper, Amir Talai as Izaat, aka “The Crusher”, an ex-militant/cyborg, and Allison Tolman and Ryan Gaul as Russian assassins Mia & Barold, aka “The Twins”.

The film, written and directed by Taran Killam and starring also Alex Duncan, Steve Bacic, Aaron Yoo, Peter Kelamis, Paul Brittain and others, is scheduled to be released this fall.