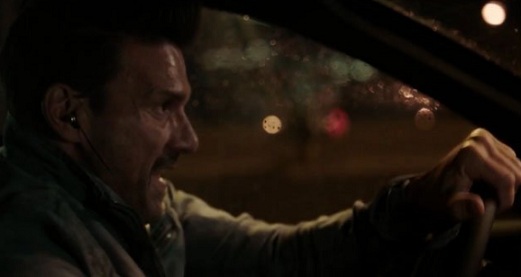 Netflix has released a teaser trailer for its upcoming original film Wheelman.

The thriller, written and directed by Jeremy Rush, follows the getaway driver in a botched bank robbery (played by Frank Grillo) as he puts his skills to the test when he receives shocking orders from an unknown caller. The cast also includes Garret Dillahunt and Caitlin Carmichael, but they are not featured in the teaser, which focuses more on what happens before Grillo’s character is thrust into a race for survival by an incoming call “Out of Area”.

According to the official synopsis, his car is full of money and, given the fact that his family is on the line, the wheelman must figure out fast who double-crossed him and the only person he can trust… his 13-year-old daughter.

The film is scheduled to be released by the streaming service on October 20th.