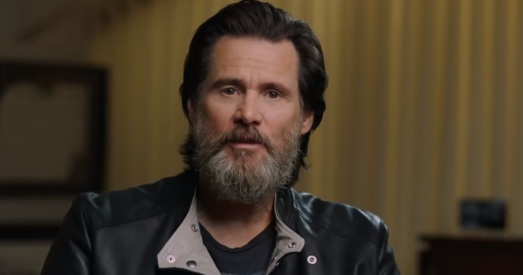 The trailer for the Netflix original documentary Jim & Andy: The Great Beyond has been released.

The documentary, directed by Chris Smith, gives viewers a behind-the-scenes look at how Jim Carrey adopted the persona of his idol, idiosyncratic comedian Andy Kaufman, on the set of the 1999 film Man on the Moon. The trailer features Carrey talking about the moment he found out he took the part and what happened next. “When the movie was over, I couldn’t remember who I was anymore. So you step through that door not knowing what’s on the other side. What’s on the other side is everything.” – Carrey says.

The documentary, which includes the behind-the-scenes footage that has been withheld for nearly 20 years (Universal didn’t want this footage to surface so that people wouldn’t think Carrey was an asshole – according to a statement made by Carrey himself), also stars Danny DeVito, who portrayed George Shapiro, Andy’s agent, Paul Giamati, who portrayed Bob Zmuda.

The trailer, featuring some of the positive reviews the documentary received (such as “hilarious, provocative,
and inspiring” by Variety, “a fascinating meta-performance study” by The Hollywood Reporter, “A revelatory treasure trove of comedic brilliance” by Film), is soundtracked by a cover of R.E.M.’s 1992 single “Man on the Moon”, from the band’s 1992 album, “Automatic for the People”.