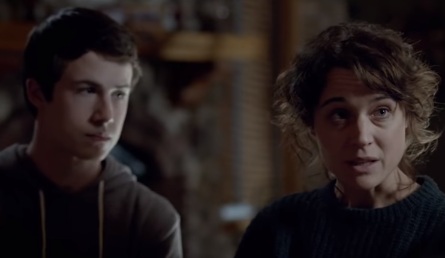 Netflix has released the trailer for the upcoming horror-thriller film The Open House, set to be released on January 19, 2018.

Written and directed by Matt Angel and Suzanne Coote, the film follows a mother and her teenage son who, after the death of her husband, move for a while in a small town to live in a relative’s vacation home, which is secluded in the mountains. They cannot find peace of mind, there, though, as they soon find themselves besieged by eerie and unexplained forces.

The trailer, carrying the message “You can’t lock out what’s already inside”, is soundtracked by “All You Leave Behind”, a song by Hannah Cartwright and Ross Tones.