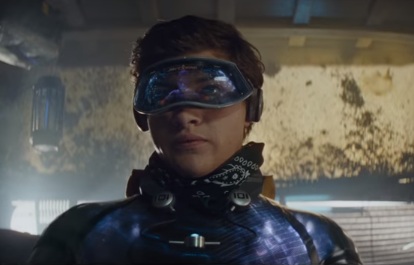 Warner Bros. Pictures has released the official trailer for the upcoming science fiction adventure movie “Ready Player One”, set to hit the silver screen on March 30, 2018.

Based on Ernest Cline’s bestseller of the same name, the film is set in Columbus, Ohio, 2045, where he brilliant and eccentric James Halliday (Mark Rylance) has founded the virtual world named OASIS ((Ontologically Anthropocentric Sensory Immersive Simulation). But he dies and leaves his immense fortune to the first person capable to find a digital Easter egg he has hidden somewhere in the OASIS.
The young man named Wade Watts (Tye Sheridan) joins the contest and is hurled into a breakneck treasure hunt through a fantastical universe of mystery.