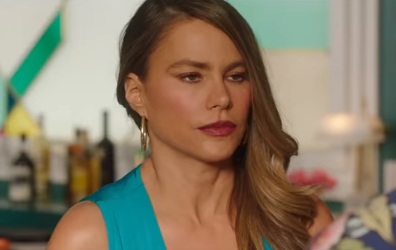 The official trailer for the upcoming comedy film The Female Brain, which marks the feature directorial debut of comedian/actress Whitney Cummings, has been released.

Described as “a fresh, witty, and all-too-relatable look at the real science behind our (often regrettable) romantic impulses”, the comedy follows three couples who illustrate the research made by neuroscientist Julia (Whitney Cummings) into the biochemistry of the female brain. The three couples are newlyweds Zoe (Cecily Strong) and Greg (Blake Griffin), whose relationship is impacted by their career troubles, married couple Lisa (Sofia Vergara) and Steven (Deon Cole), willing to put pep into their lives, and Lexi (Lucy Punch) and her boyfriend, Adam (James Marsden), whom she wants to break up with. In the meantime, Julia has her own “issues” to deal with: a handsome new subject (Toby Kebbell) who joins her study.

The trailer reveals some of the findings of the study, such as “Grooming releases endorphins in the female brain.”, “The area responsible for defending your turf is larger in male brain.”, “Women are also more likely to recognize flaws.”, and more, while on screen scenes illustrating these facts are seen.

The film will be released by IFC in select theaters + on VOD starting February 9th.