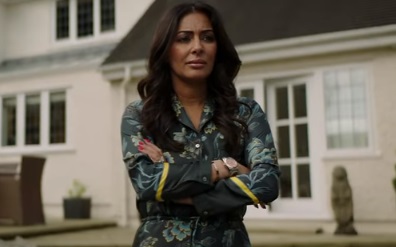 The trailer, conveying the message “The safer the street, the darker the secrets”, features Hall telling his teenage daughter to stay safe before she goes to a party from where she doesn’t come back. On his quest to find out more about the mysterious disappearance of the girl, he starts going to people’s houses to ask about her and the relationships she had in the neighborhood. An investigator working on the case tells him, in one of the scenes, “One thing you learn in my job, no one knows anyone”, which nods at the secrets Delaney’s neighbors hide.

Safe Season 1, consisting of eight episodes, premieres on the streaming service next month, on May 10th.