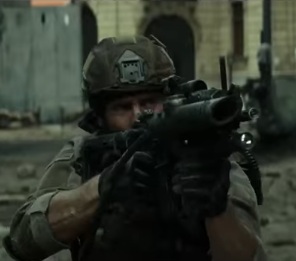 Netflix has released the official trailer for its upcoming original film Spectral, scheduled to stream on December 9.

“How can you stop an enemy you can’t see coming?” – is the question raised in the video featuring a scientist and an elite team trying to stop an otherworldly force that kills soldiers and wreaks havoc in a war-torn city. Their endeavor is not easy at all, though, as the entity seems to be unstoppable.